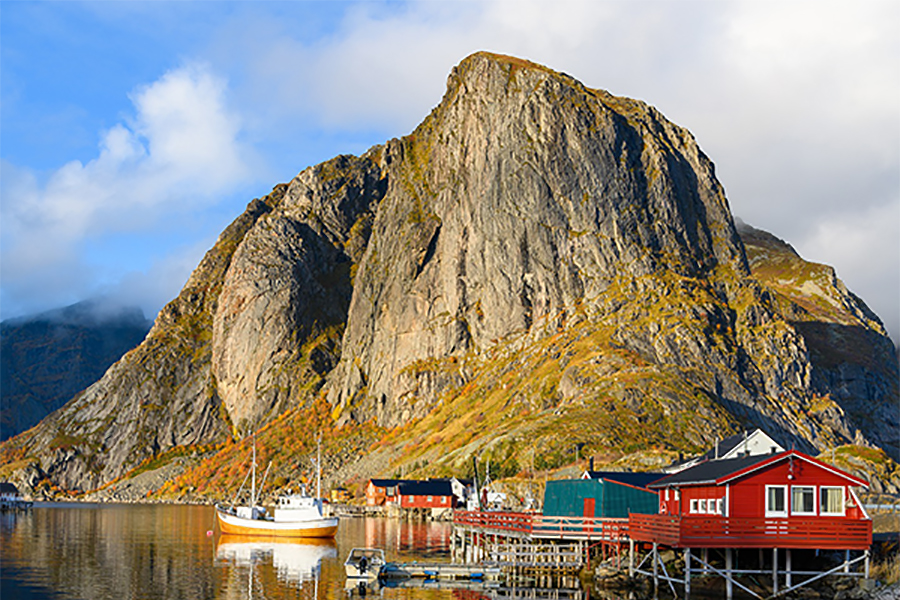 ‘Panda diplomacy’ is China’s long-standing policy of loaning (never giving) giant pandas to zoos worldwide, bestowing ‘friendship’ upon the host country in return for a tacit acceptance of China’s policy elsewhere – for who could turn down a panda? In practical terms however, China prefers to build its brand through financial and trading support, particularly in the developing world, to create ties and debts that then bind those countries to China. But in recent months, a curious new destination has arisen for Chinese interest: Norway. This could herald a new front both in the Chinese drive for influential domination and in all kinds of cold wars.

China’s strategy in Africa has been simple: heavily invest in infrastructure (everything from railways to the headquarters of the African Union itself), offer trade deals that outstrip what any other entity can offer, and ‘engineer’ the future of the continent whilst essentially binding that future to Chinese advantage. Norway presents a different proposition: a highly developed country with key infrastructure already in place and a raft of long-standing trade deals, it is at first difficult to see where China feels its avenues of influence lie, or why Norway would be compelled to accept them. But as always, a look below the surface reveals currents that tell a greater story and illustrate why seeing the world differently sometimes just means seeing a little deeper.

An unexpected Chinese investment was in Norwegian Air, the state carrier which after a year of collapsing share prices and complete restructuring, ended up with a lot less debt but a lot of new owners. One of these (with a not insubstantial 12.67%) is BOC Aviation, which can be traced through a few onion-layers all the way to the Chinese government. Certainly, such support and investment will place Norwegian in a better position, but for the country’s largest airline to effectively now be in financial thrall to China. It might be beneficial but is a reminder of China’s presence.

The town of Kirkenes, almost on the border with Finland and Russia, is described as ‘the most important city on the Polar Silk Road’ – this being China’s attempt to create new Arctic shipping routes of up to 90m tonnes by 2030 and avoid the longer, and more politically troublesome, Suez route. Again, the benefit for Norway is clear: an increase in trade and the chance for the far northern region of the country to become a logistical hub and tourist attraction as a result of development, but as before China does not do anything except that which benefits China. In this case, a Chinese-funded and -supplied route gives it the edge on other countries looking to get involved, to say nothing of the common conception that the Chinese government can call upon private companies at any time to act for ‘the state’ – giving it a significant degree of overt and covert leverage in what could be one of the world’s most important trading routes.

Norway’s finances are presently largely built upon its Sovereign Wealth Fund, the largest in the world and one focused on management of oil assets and revenues, which has contributed to Norway being one of the wealthiest countries in the world. However, oil will not last forever; so not only must Norway manage the reserves effectively, but it must look to diversify to keep the economy going, not least through renewables. This makes the oil & gas sector in Norway a particularly tempting target for enterprising criminals and state actors, one of which is undoubtedly China: with Norwegian counterintelligence service PST warning in late 2020 that the next 18 months would see a marked increase in hacking activity, with China being one of the key parties made mention of, in terms of gaining insight into renewables activity, and current commercial secrets for future licencing rounds. While the two nations might make public overtures of friendship, no-one should be in any doubt that there are political games being played constantly below the surface. Notably, it was only earlier this month that the deputy governor of the central bank, who oversees some disbursements from the wealth fund, was removed from his post on the basis that because his wife was Chinese and lived in China, he might be a security risk.

There are a number of reasons why China is following this path. Firstly, it is on some level always looking for opportunity, even more so when others are looking elsewhere, and picking one of the richest countries in the world certainly fits this bill. Moreover, Norway is ideally placed for China’s long-term considerations: on the doorstep of the EU (even if not actually within it), the country offers China access to the European market and a chance to consolidate further power and influence, particularly in regions (such as the Arctic) where it has little to no current presence but a great deal of interest.

However, it might also be a deliberate strategy to bite the thumb at Russia: which has long considered itself the ‘overseer’ of Nordic and European affairs from a foreign perspective. Grounded in geography alone this might be considered correct, but power is ultimately a zero-sum game, you either have it or you do not – and China is historically happy to be very, very patient. A solidification of Chinese relations with (and indebtedness by) Nordic partners could, if managed correctly, replace Russia as the dominant non-European power in the Nordic states and thus increase China’s power at the expense of Russia’s. Such considerations, even decades down the line, are likely to feed into Beijing’s thinking even now and what may seem like a short-term benefit for Norway and its neighbours could have long term negative implications.

What this means for any Norwegian investment/business, is that the spectre of Chinese influence, and hunger, will be ever-present and must be considered as a major factor when contracting or bidding. Look at the world differently and you will see that the threat picture is far broader than it might first appear. There is too much at stake in Norway for any party to go down without a fight: and pandas will only take you so far…

The Resource Mirage: Horizon Scanning In An Unpredictable Landscape