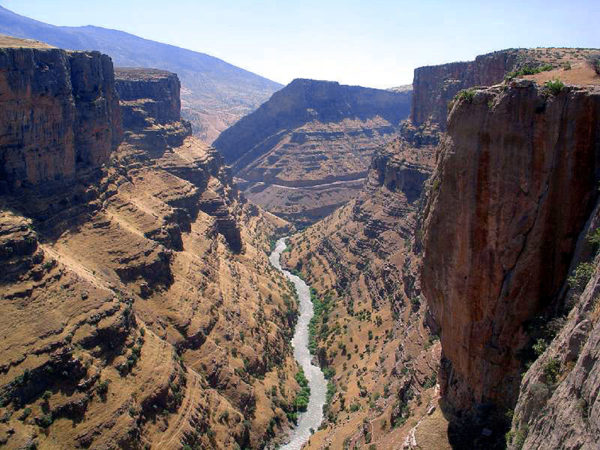 Two highly controversial referendums have taken place in recent weeks, with both Catalonia in Spain and Kurdistan in Iraq claiming the right to self-determination and outright independence, and both being loudly (and forcefully) shouted down by their mother governments. While the ultimate outcome of the process is of course significant in both regions, it is in the disputed Iraq territory that the most value for intelligence-watchers is considered to lie.

Iraq, and Kurdistan within it, represents something of a geopolitical ‘perfect storm’. The country as a whole is still feeling the after-effects of the Second Gulf War, the corruption and nepotic legacies of the Saddam regime, and the continuing presence of Islamic State across scattered parts of the territory. Throwing a breakaway province into this mix can only incite tensions further; and so it has proved. Not only is there the ongoing legal debate over whether Kurdistan had the right to call the referendum, but also the portents of doom from actors that are prophesying retribution for anything other than the status quo. As regards Kurdistan’s neighbours, Turkey is fighting its own battle against the Kurdish Worker’s Party, the Democratic Party of Iranian Kurdistan is agitating for greater autonomy from Tehran and Iraq itself is determined not to let the Kurds go.

The USA is now in the curious position of seeing the two-armed forces it funds and trains – the Iraq army and the Kurdish militia – potentially come to blows. The strategic, and oil-rich, city of Kirkuk is now back in the hands of government-controlled forces but there is every chance that the advance will not stop there and the pro-government forces will seek to militarily dominate the entire Kurdish region for the perceived safety of the country.

Perhaps the crisis could be averted by handing the oil-rich Kirkuk officially back to Iraq, but this is almost inconceivable and would in any sense only be a short-term solution. As long as the question of self-determination remains (with any answer being unacceptable to at least one party), the tension will only increase. The recent action looks to be a direct consequence of the unauthorized referendum in Kurdistan. Given that this reaction was always likely in response to the breakaway province, does the very act of proving self-determination itself always lead to violence?

This is not strictly the case, with South Sudan’s secession from Sudan in 2011 being conducted through a peaceful democratic vote (although the state has hardly flourished since then) and the creation of East Timor being just two examples. But in general terms, the internal secessionist politics serve only to deepen the divisions within a country and foment greater instability which is to the detriment of all.

Should Iraq take large-scale military action to quash the Kurdish movement, not only would the diplomatic repercussions be severe but the militia response would itself be intensified, and ISIS would take advantage of the security gap to recalibrate in what is for them still a crucial region. None of this is encouraging for the economic and social development of a company

The ultimate question is whether an ‘imposed security’ is ultimately any security at all. With troops on the streets and the spectre of peace by force an uncomfortable reminder of the post-invasion days, to say nothing of the inherent internal problems of vice and fraud, it is arguable that Iraq has not seen any substantial progression in the areas that matter the most.