Covid-19: The power play’s the thing… 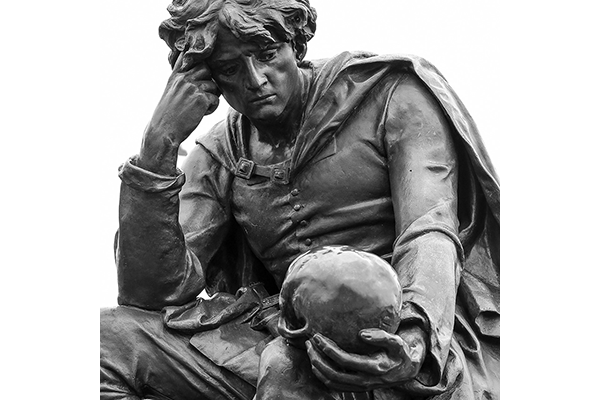 Regular readers of these articles will recall the intention of Pierre Nkurunziza, outgoing president of Burundi, to become a ‘supreme leader’-style figure within his own country and remaining the power behind the throne. These plans were hit for six with Nkurunziza’s untimely passing this week, understood to be from coronavirus. Not only does this illustrate ongoing issues with how countries – and businesses – respond to the pandemic, but reiterates a fascinating question for politics in general: will a power vacuum be filled for better or for worse?

There is a tragic irony in Burundi’s state-ordered expulsion of the World Health Organisation’s coronavirus team just one month before Nkurunziza’s apparent death from the virus. Typical of the strongmen worldwide – Bolsonaro, Putin, Johnson and Trump – who downplayed or outright condemned the scale of the threat, turning away from science will make Burundi pay a heavy price, as the country’s testing system is virtually non-existent, mass gatherings (both political and social) continued unabated, and Nkurunziza’s office declared that Burundi had ‘signed a covenant with God’ to be spared from ravages. They are far from alone in this, though: even countries which locked down now risk throwing away the advances – witness Nigeria’s intended cutting of the healthcare budget by 40% – while others made even more unbelievable pronouncements, such as President Magafuli of Tanzania claiming (with zero evidence) that coronavirus was defeated ‘through the power of prayer’, while urging citizens not to accept masks and decrying warnings of health officials as ‘exaggerations’.

Such actions are understandable in the context of wanting to deny the reality that, perhaps, makes all of us powerless but is disastrous by every moral and practical metric. And in the long-term, the nations which will most rely on international investment, development and partnership will be the ones least likely to receive them, because of the power-centric decisions made by their leaders. Who would be eager to fly to Burundi or Tanzania now for business when they have proven themselves so inexpert at handling the crisis? Who would feel comfortable establishing a new facility in Nigeria when the slashed healthcare budget means that local workers would very likely suffer in the event of a further wave? Covid-19 being ‘the great leveller’ has long since been proven to be false, but in few places – and with worse consequences – is that demonstrated better than these.

And so, to the other issue – that Evariste Ndayishimiye has found himself President of a veritable one-party state, with vast influence and control over business, politics and the media, and without the constraints that would have come from Nkurunziza’s oversight. At least for now, there is no sign of any alternate party magnate taking on the overseer’s role intended to enable Nkurunziza to continue holding the true reins of power – perhaps because he himself ensured there was no true competition. Whether Ndayishimiye will use this combination of dominance and independence to forge his own path, or whether the organs of power will encourage further corruption within the system built upon it, will shape Burundi’s destiny for decades to come.

Such a situation has rarely occurred before in global politics, where power is mainly transferred through the electoral process, whether genuine or otherwise, or at the barrel of a gun. To have the chance to reshape the destiny of a country in such a manner is almost unprecedented, but the new President must be careful. Whatever he does, he will make enemies: either antagonizing those who would have used Nkurunziza’s influence for their own benefit or throwing away a chance for substantive change by adhering to the ways of the old system. Indeed, there will undoubtedly be those who consider an independent President, with no apparent puppet master, to be a vacuum in itself – and power vacuums are rarely unfilled for long.

A plague on all our houses?

Covid-19 and the surveillance state